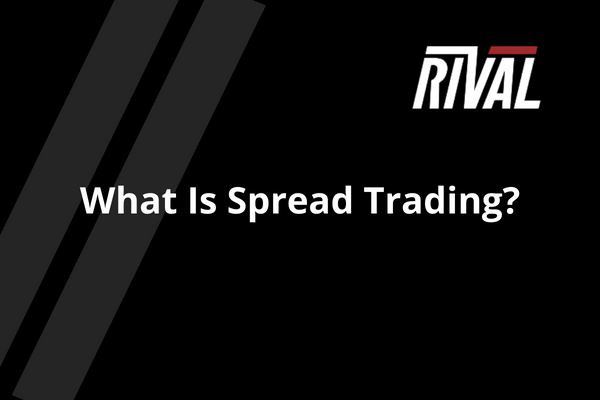 What is Spread Trading

Rival Systems, a leading trading and risk management software provider, has brought a sophisticated and flexible multi-asset trading program that supports spread trading into the marketplace called Rival One.

Let’s start with the types of spreads.

The simplest form of spread trading is “pairs trading.” For example, one might go for long equity in ExxonMobil (XOM) and short equity in Chevron (CVX).

Traders might do this buying and shorting because they believe that XOM is a better-run company than CVX and that the superior management will result in an excellent performance. The simultaneous character of the two trades means that one is not making a bet on the direction of the oil industry or U.S. equities. The point of such a trade is to abstract everything the two sides of the spread have in common and focus on what distinguishes them (their management, on our hypothesis).

Across the whole range of spread trading, simple or exotic, the goal is always to abstract from some concerns or risks by allowing them to offset one another.

Given a long position on XOM and a short position in CVX, if the oil industry, in general, goes down, the short position will profit, and (if the underlying hypothesis is correct) the profit on that half of the play will pay for the loss on the XOM position, leaving a profit.

What is a spread in trading options?

A distinct strategy from the world of options trading involves using options spreads to take two related positions on the same underlying equity. Traders may, for example, combine a long call with a specific stock price with a short call for the same number of shares at a higher price.

A call option at a strike price of, say, $100 means that on a certain date, the holder of the option will have the right (not the duty) to buy that stock for that price. For example, this might be combined with a sale of a call option at $105.

So let us consider the circumstance of traders who, in accord with what is explicitly known as the “bull call spread” strategy, bought the call at $100 and sold it at $110. Suppose on the exercise date, the underlying stock’s market price is $120. The traders make $20 per share on their long position and lose $10 on their short—the net at +$10.

A spectacular spike that brought the underlying equity price to $300 would not profit these traders more than the $120 price. An utter collapse that turned the underlying into a penny stock would do them no more harm than the $95 market price.

In this case, the point of the spread trade is to bet on a (somewhat but not spectacularly) bullish market in the underlying stock. The offsetting long and short are devised to abstract from the possibility of any severe loss at the expense of abandoning any more-bountiful-than-expected gain.

In essence, a calendar trade is a bet on volatility. A classic calendar spread sells the short-term option and buys the longer-term option. This amounts to a bet that volatility will be low in the period between one exercise date and the next. A reverse calendar spread does the reverse: it buys the short-term option and sells the longer one. This is, in effect, a short position in the corresponding classical spread and a bet on volatility being high.

Usually, a classic or a reverse calendar spread involves at-the-money (ATM) options, that is, options to buy an underlying asset, perhaps an exchange-listed stock, at its current market value. Another way of saying this is that the trades are not “directional” regarding price.

Neither calendar trade is suitable for all investors. Each is an expression of a speculative thesis. For example, in the spring and summer of 2006, Brian Hunter, a hedge fund Amaranth Advisors trader, bet heavily on a calendar spread as to natural gas. His position differs in some respect from the spread strategy discussed above. Hunter, for example, was using futures, not options. But it was a horizontal spread: he sold futures contracts for November 2006 and bought futures contracts for January 2007. He also bought contracts for March 2007 and sold them for April.

What is spread trading on interest rate swaps?

To illustrate the range of different spread trades, let’s talk about a very different sort of spread, one involving interest rate swaps.

A swap is an exchange of cash flows for a set period. In a plain-vanilla example, one party (A) agrees to pay the other (B) on specified dates over a period of the interest accrued on a notional amount (a hypothetical principal amount) with a fixed interest rate.

In return, B agrees to pay A the interest on the same notional on a floating interest rate. This can happen because the parties have different speculative views about where the floating rate is headed or because one is hedging while the other is speculating.

With such a swap in place, party A can make it a spread trade by matching the fixed interest part of the swap with returns from a sovereign bond debt of the same notional amount. The swap spread, then, is the difference between the fixed component of the swap and the yield on the sovereign bond.

Rival One lets users trade the spread on unlimited multi-asset combinations. For example, Bitcoin on FTX and e-mini S&P 500 futures on CME Group from one screen.

Its system will allow users to work one leg of a spread while automatically hedging with the other. It also has an automatic reload feature that allows for a market-making strategy. A user can go further and trade one asset against another, for example, futures contract against crypto.

Before the widespread adoption of automated electronic trading platforms, a trader typically created individual tickets for every leg of a multi-leg trade, a situation rife with execution difficulties and latency risk. However, the advent of such platforms has made the multi-leg options order common. This involves simultaneously submitting both (or all) legs of a trade.

The following article in this series will speak more specifically about why Rival One stands at the top echelon in this historic development. The speed with which the spread takes place is the critical distinction between existing systems and the next generation represented by Rival One. In addition, Rival One has an ultra-low-latency functionality that allows rapid and robust execution.

The third and final article will look at trading spreads across exchanges. This entails, for example, using CME as the “source of truth,” driving quote orders on Coinbase, then hedging in FTX or Binance. But, again, Rival One has the connectivity for futures, equities, and crypto that none of the off-the-shelf software-as-a-service solutions can offer.

Discover Rival One’s Auto-Spreader Tool and start spread trading across exchanges and multiple assets from one screen for one fee. Rival One

Spread Trading and Rival One Primer

What is Spread Trading